The SFO has today secured the conviction against a former Single Buoy Moorings Inc. (SBM) executive who conspired to bribe public officials in order to secure lucrative oil contracts in the years following the overthrow of Saddam Hussain in 2003.

A jury found the former senior sales manager Paul Bond guilty on two counts of conspiracy to give corrupt payments following a retrial of his case at Southwark Crown Court.

This is the latest in a string of convictions related to the SFO’s Unaoil bribery case, which has uncovered the payment of over $17 million worth of bribes to secure contracts worth $1.7bn for Unaoil and its clients. Last year the SFO secured the convictions of co-conspirators and former Unaoil territory managers for Iraq, Stephen Whiteley and Ziad Akle, who were sentenced to three and five years respectively. Additionally, Unaoil’s former Iraq partner, Basil Al Jarah, received three years and four months’ imprisonment after admitting to five offences of conspiracy to give corrupt payments. 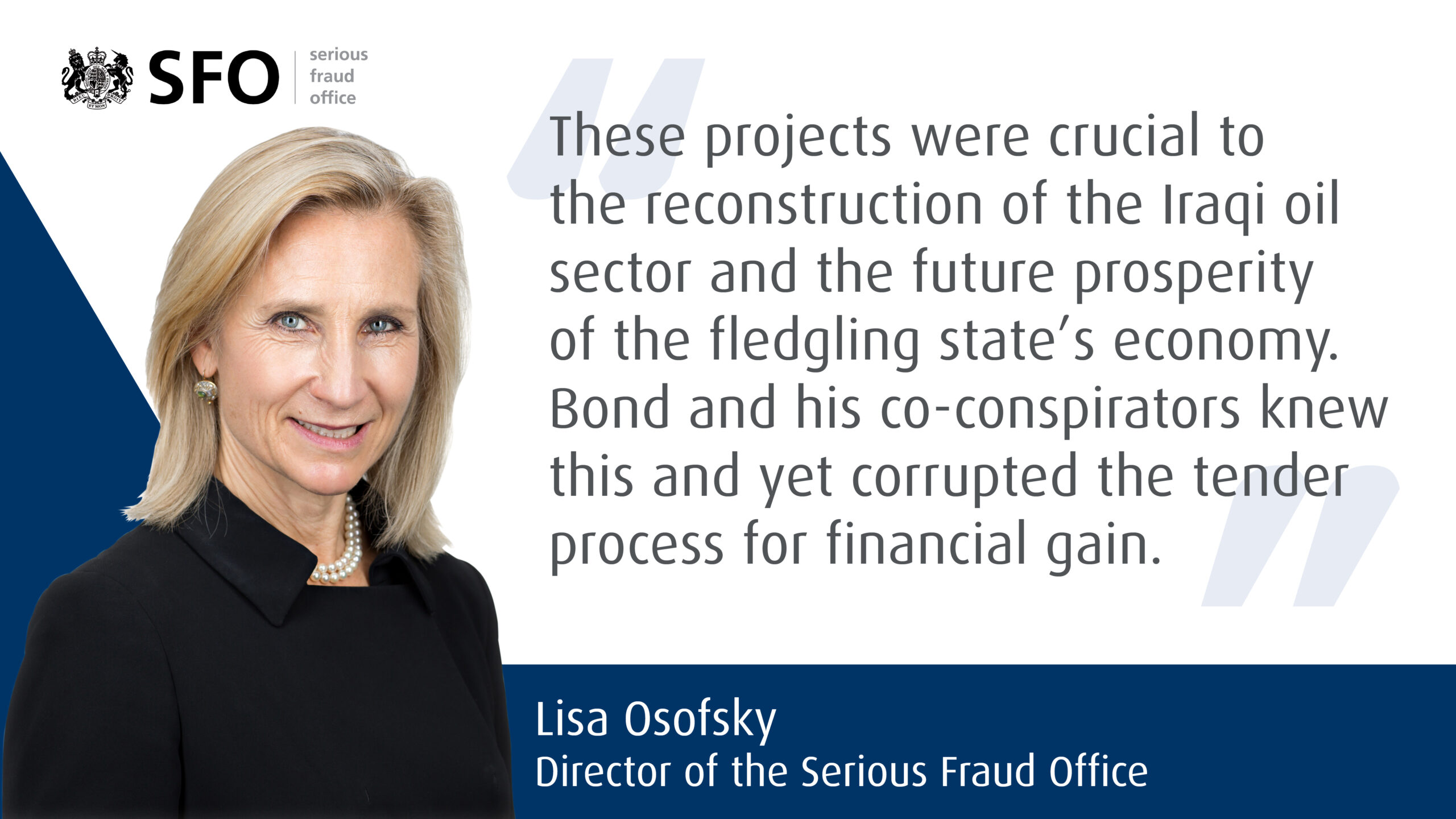 “These projects were crucial to the reconstruction of the Iraqi oil sector and the future prosperity of the fledgling state’s economy. Bond and his co-conspirators knew this and yet corrupted the tender process for financial gain.

“We are proud to have ensured the four men will be punished for their pernicious crimes, and will continue to relentlessly pursue such cases across the globe.”

Each of the four men were found guilty of paying bribes to win contracts connected to the fledgling Iraqi state’s efforts to rebuild its war-torn economy in 2007. To do this, the Iraqi Ministry of Oil produced a ‘master plan’ that set out a strategy to quadruple Iraqi oil exports within five years, tasking the state-owned South Oil Company (SOC) to commission new oil pipelines and offshore mooring buoys (SPMs) in the Persian Gulf.

Consulting on behalf of SBM Offshore and working with Paul Bond directly, Unaoil employees paid over $900,000 in bribes to Iraqi public officials at the SOC and the Ministry of Oil to win a $55m contract for SBM for the provision of the SPMs. These bribes bought access to sensitive information on SOC’s competitive tendering requirements, enabling Bond and others to skew the process in SBM’s favour.

The SFO would like to thank the Australian Federal Police, the French Parquet National Financier, the Police Judiciaires of the Principality of Monaco, the Fiscal Information and Investigation Service (FIOD) of the Netherlands, the United States Department of Justice, Greater Manchester Police, the Metropolitan Police, the National Crime Agency and West Mercia Constabulary for their valuable assistance in this case.

Paul Bond is due to be sentenced on Friday 26 February 2021.