You are here: SFO > Case Updates > SFO offers no evidence against Nicholas Woods and Simon Marshall

SFO offers no evidence against Nicholas Woods and Simon Marshall 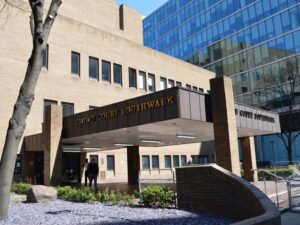 The SFO has offered no evidence against Nicholas Woods and Simon Marshall. The Judge has directed the jury to return verdicts of not guilty.

This follows a prosecution review of its disclosure process for the trial, which uncovered errors made in the non-disclosure of certain materials. The SFO sought an adjournment to remedy the position so that it could pursue a retrial, but this was rejected by the Judge.

We are considering how best to undertake an assessment to prevent this from happening in the future.

After an investigation by the SFO, Serco accepted in 2019 that it defrauded the Ministry of Justice (MoJ) during a contract to provide electronic monitoring of prisoners. Serco has since paid a penalty of £19.2 million and the SFO’s costs of £3.7m.

This is in addition to the £12.8m compensation already paid by Serco to the MoJ as part of a £70m civil settlement in 2013.