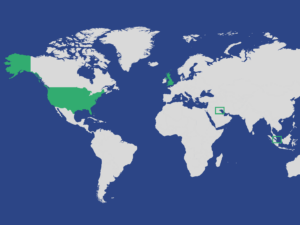 Virendra Rastogi was one of three former directors of RBG Resources convicted in the UK of running an international metal trading scam which cost banks around the world approximately $700m. Alongside fellow directors Anand Jain and Gautam Majumdar, Rastogi devised a scheme to fabricate customers and metal trades to secure billions of dollars in funding from banks. Virendra Rastogi’s brothers, Narendra, Ravindra and Subhash, participated in the fraud from the United States, United Arab Emirates, and Singapore, respectively, helping to devise and deliver the scheme.

The men ran a web of over 300 fake customers, supposedly based in the US, Hong Kong, Singapore, Dubai, India, France and Italy, who they used to create fictitious metal trades to secure cash advances from banks. The fraud was so successful that Virendra Rastogi once appeared in the Sunday Times Rich List.

However, the men failed in their desperate attempts to cover their tracks once suspicions of fraud were uncovered and the SFO got involved. The SFO’s investigation proved the company’s “customers” were illusory, showing that one customer address was actually a cow shed while several allegedly independent customers had the same address. The apparently legitimate businessmen were nothing of the sort.

In April 2008, following the SFO’s investigation Virendra Rastogi, Anand Jain and Gautam Majumdar were found guilty of conspiracy to defraud. They were sentenced to between seven and a half years’ and nine and a half years imprisonment in June 2008, with sentencing judge HHJ Wasworth remarking that the men “were involved in years of calculated dishonesty” and yet “had shown no shadow of regret or remorse or repentance.”

Thirteen years after sentencing, the SFO has used new account forfeiture powers to seize £247,911.89 of the money generated by Virendra Rastogi’s fraud. The money will be returned to the public purse.

Emma Luxton, Head of the Proceeds of Crime and International Assistance Division, said:

“This case shows that the SFO will use every tool available to us to seek out and seize dirty money held on these shores and return it to victims or the UK taxpayer.

“Though a fraction of the sum defrauded from banks, this forfeiture provides a sizeable amount of money to the public purse to be put towards good causes.”

The SFO successfully applied for an account forfeiture order on the basis that the money in the account represented the proceeds of the transnational criminal enterprise operated by Virendra Rastogi, his brothers and associates.

The SFO’s Proceeds of Crime team first used an account freezing and forfeiture order in March 2019 to £1.52 million from the sale of two Birmingham properties bought by Nisar Afzal with the proceeds of his crimes. Nisar Afzal and his brother, Saghir Afzal, were implicated in a series of mortgage frauds.