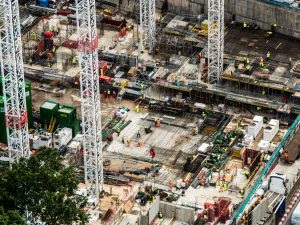 The Serious Fraud Office (SFO) has charged five individuals with bribery and money laundering in relation to the suspected payment of bribes to win contracts within the UK construction sector.

The SFO has also charged Dawn Dewhirst with two counts of money laundering.

These individuals were charged at an earlier date.

All individuals made their first appearance at Southwark Crown Court today, Tuesday 17 August 2021.

The case has been listed for trial, to commence 12 September 2022*.

The SFO opened its investigation in February 2017.

The SFO fights complex financial crime, delivers justice for victims and protects the UK’s global reputation as a safe place to do business. It investigates and prosecute the most serious or complex cases of fraud, bribery and corruption. The SFO also recovers the proceeds of crime worldwide.

Under Director Lisa Osofsky, the SFO secured convictions against 21 individuals and companies, recovered over £1 billion of illicit gains, and secured eight agreements with companies including Serco, G4S and Airbus, compelling them to pay penalties and reform to prevent future law-breaking

As this is an active case, the SFO can provide no further comment.

*The trial start date was later amended to 26 September 2022.