Today Christian Bittar and Phillipe Moryoussef were sentenced to a total of 13 years, 4 months’ imprisonment at Southwark Crown Court for manipulating the Euro Interbank Offered Rate (EURIBOR) at the height of the financial crisis.

Bittar (46), former Principal Trader (Managing Director) at Deutsche Bank and Moryoussef (50), formerly of Barclays Bank conspired together to submit false or misleading EURIBOR submissions for personal gain and to advantage the banks they worked for.

“In my view, the reason for your offending came at least in part from the satisfaction of being able to beat the system, undetected for so many years, by manipulating the EURIBOR rate to your own trading advantage. Derivatives trading is often said to be a form of betting. You took the analogy one step further, by loading the dice.”

“Today’s result is the culmination of six years’ worth of investigation into rate-rigging so I would like to pay tribute to our team’s hard work and determination.”

Christian Bittar was sentenced to five years, four months. He was also ordered to pay the SFO’s full costs of £799,957 and a confiscation order of £2.5m.

Phillipe Moryoussef was sentenced to eight years. A hearing is scheduled for 20 December 2018 to discuss confiscation.

The SFO is seeking a retrial of Carlo Palombo, Colin Bermingham and Sisse Bohart, formerly of Barclays Bank, after the jury were unable to reach verdicts. 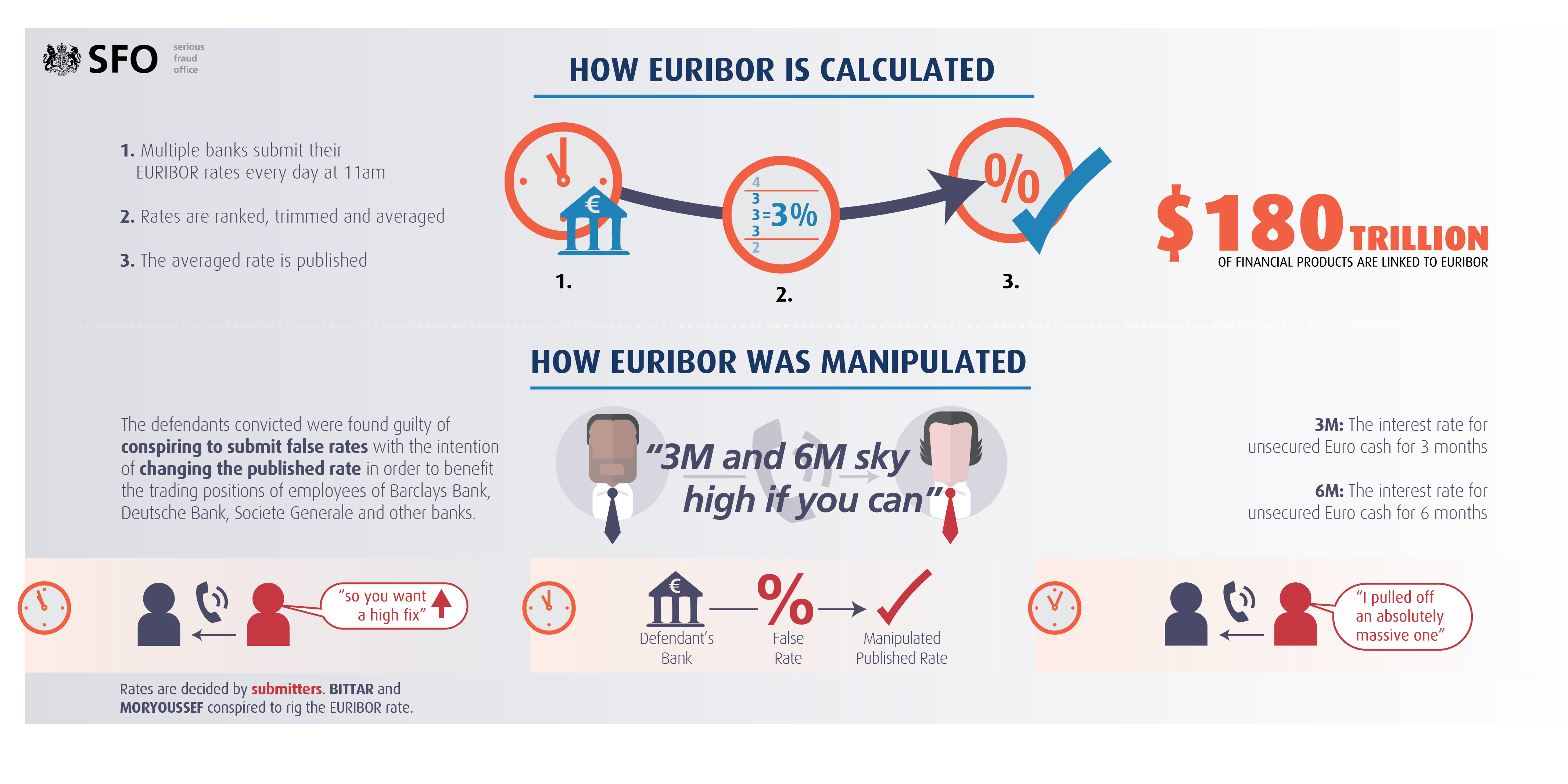