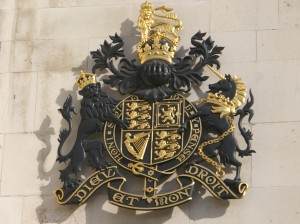 The Serious Fraud Office has today received final approval to enter into a Deferred Prosecution Agreement with G4S Care and Justice Services (UK) Ltd (G4S C&J) relating to a scheme to defraud the Ministry of Justice (MoJ) in connection with contracts for electronic monitoring of offenders.

In entering the DPA, G4S C&J has accepted responsibility for three offences of fraud against the MoJ arising from the scheme to deceive the MoJ as to the true extent of G4S C&J’s profits between 2011 and 2012 from its contracts for the provision of electronic monitoring services.  The scheme was designed to prevent the MoJ from attempting to decrease G4S C&J’s revenues under those contracts.

The Director of the Serious Fraud Office, Lisa Osofsky, said:

“This DPA ensures G4S C&J is held accountable for its methodical fraud against the Ministry of Justice. It also guarantees that G4S C&J and its parent company, G4S plc – a significant government supplier – will be subjected to unprecedented, multi-year scrutiny and assurance.

“The DPA reflects our continued commitment to using the full range of tools available to us to hold corporates to account and ensure justice for victims of fraud.”

Additionally, the terms of the DPA bind G4S C&J to wide-ranging compliance obligations and improvements, including periodic review, assessment, and reporting of G4S plc’s and G4S C&J’s internal controls, policies and procedures by a third-party reviewer. These compliance obligations are a critical component of the DPA, offering substantial oversight and assurance regarding the future corporate conduct of a major UK government supplier.

Mr Justice William Davis ruled today at the Royal Courts of Justice that the terms of the DPA – which included a financial penalty discounted by 40%, representing only the second time in an SFO DPA that a discount lower than 50% has been applied – appropriately reflected the gravity of the conduct, and were fair, reasonable, and proportionate.  The 40% discount reflects the delayed nature of G4S C&J’s substantial cooperation with the SFO’s investigation.

“The intensity of the external scrutiny as set out in the DPA is greater than in any previous DPA.  This is necessary and appropriate given the exposure of both G4S C&J and the parent company to government contracts.  Equally, it is an important factor in providing reassurance to the SFO, to relevant government departments and to the wider public that both companies have proper controls in place to ensure the integrity of their accounting and governance processes.  The DPA will last for three years during which period the compliance measures will continue and will be reviewed.  This will provide further reassurance as to the conduct of G4S and G4S C&J.”