The Serious Fraud Office has entered into a Deferred Prosecution Agreement (DPA) with Airline Services Limited (ASL) having today received final approval from Mrs Justice May.

Under the terms of the DPA, ASL accepts responsibility for three counts of failing to prevent bribery arising from the company’s use of an agent to win three contracts, together worth over £7.3m, to refit commercial airliners for Lufthansa. The agent acting for ASL was also working as a project manager for Lufthansa, as a consultant and then employee, abusing this position to provide an illicit competitive advantage to ASL. Working for Lufthansa as part of the team responsible for evaluating tenders, the agent was privy to commercially sensitive information about potential competitors to ASL and exploited this information to influence and advantage ASL’s own tender bids.

“Airline Services Limited failed in its duties to implement adequate procedures to prevent bribery, allowing one of its agents to pervert what should have been a fair tender process and corruptly win business for the company. I am pleased that our actions hold the company to account and enable us to recover the proceeds of its crimes.

“It is to the credit of this now-dormant company that it voluntarily disclosed this conduct to the SFO and will remain in existence to fulfil the terms of the DPA.”

Airline Services Limited was a company which primarily provided services and products for the refurbishment of commercial aircraft interiors. Two of the contracts for which the agent secured an illegal advantage related to the provision of seat modifications for Lufthansa fleets, and the third related to the provision of brand panels for Lufthansa fleets.

The company is no longer trading and will be kept open as a non-trading entity to fulfil the terms of the DPA.

The SFO would like to thank the Office of the Public Prosecutors of Frankfurt am Main for their assistance in this case. 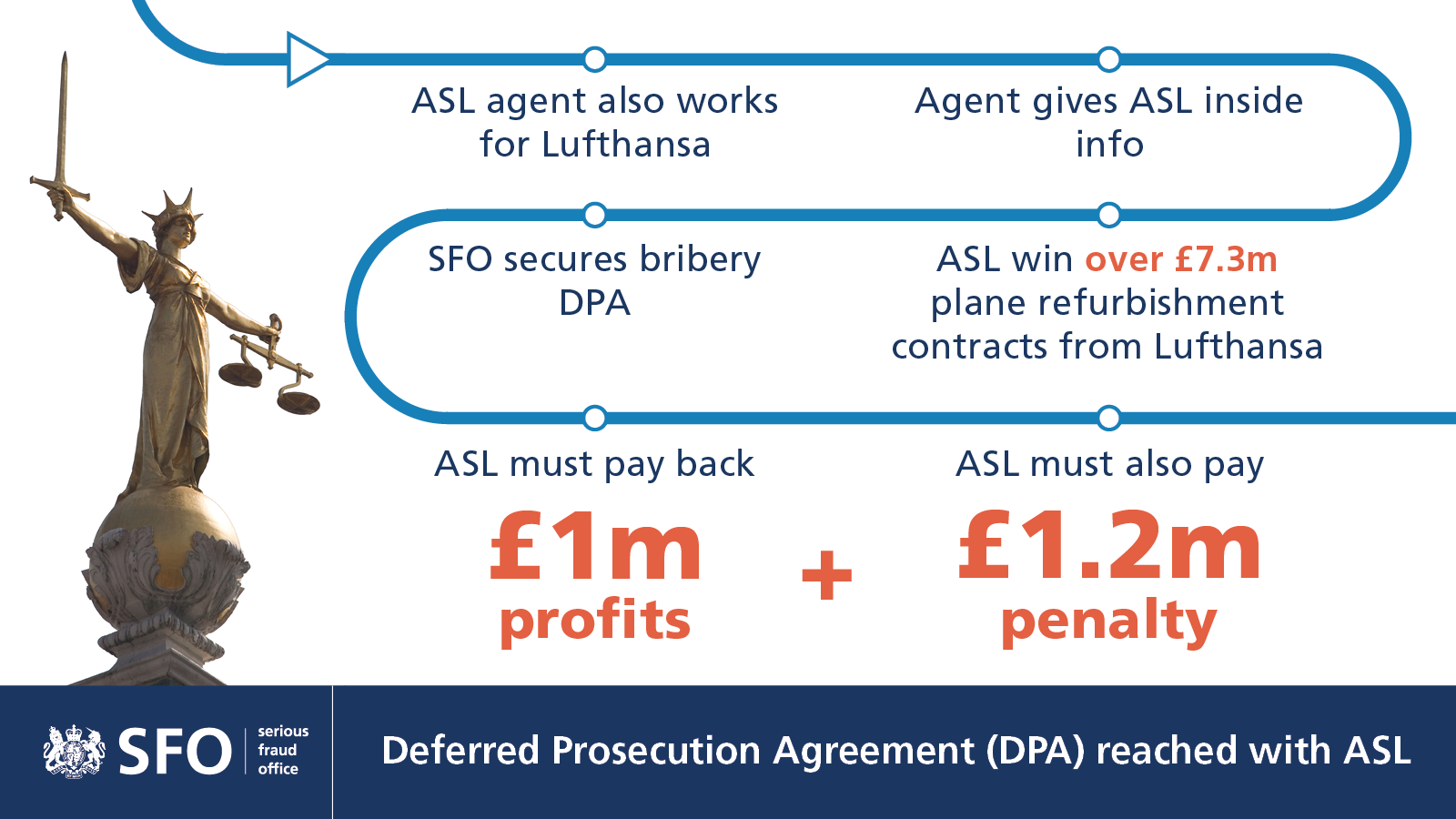