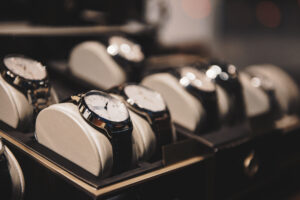 The Serious Fraud Office (SFO) has secured increased confiscation orders against Silinder Singh Sidhu and Paul Kent, two men convicted in 2010 of rigging further education and training contracts operated through the Shropshire Learning Skills Council (SLSC). The increases come after the SFO identified an additional £140,000 of assets that the fraudsters have now both been ordered to hand over to repay their ill-gotten gains.

The SFO does not rest until it has recovered every available criminal asset, no matter how many years pass. Under Section 22 of the Proceeds of Crime Act 2002, the SFO has the power to continue investigations into the assets of criminals after their conviction and to increase the amount seized when it identifies additional assets.

The SFO secured convictions against Mr Sidhu and Mr Kent for corruptly awarding contracts worth over £1.3 million to local training providers, receiving almost half a million pounds in corrupt payments and financially benefiting between them to the tune of over £467,000. The fraudsters used this money to fund lavish lifestyles, buying expensive cars, watches and taking luxurious holidays at the taxpayers’ expense.

The men conducted their fraud through positions they held with the Shropshire Learning Skills Council (SLSC), established by Parliament in April 2001 to improve the skills of young people and adults not in university education by planning and funding high quality education and training. Kent began his fraud in 2003 after securing a position on the SLSC with a fraudulent CV, recruiting Sidhu to his fraud a year later.

As a Director of SLSC, Kent would solicit bribes for the award of contracts. Sidhu, once an employee of SLSC, later became a services provider through his company SLK Marketing Ltd. In this capacity, he received over £266,000 from the SLSC and paid Paul Kent just over £80,000 in corrupt payments.

In April 2010, Kent admitted to 11 counts of receiving corrupt payments and to gaining a monetary advantage by deception. He was jailed for four and half years and paid £3240 in confiscation. Sidhu pleaded guilty in May 2010 to two counts of corruption. He was found guilty of two further counts of corruption after a two-week trial later that month and received a three-year jail sentence and paid more than £31,500 in confiscation.

An SFO review into the proceeds of their crimes has since identified substantial additional assets to be recovered from Sidhu and Kent. The SFO has secured more than £111,000 from Kent and over £27,000 from Sidhu. Sidhu has fully paid the increased available amount of his confiscation order.

“These men defrauded the UK taxpayer and undermined the integrity of a programme designed to improve the life prospects of young people and adults from across Shropshire.

“We do not allow such criminals to enjoy the benefits of their crimes, and are pleased to have recovered their assets for the public purse.”

Both confiscation orders were fully paid by the fraudsters.

The extra money recovered by the SFO will be paid to the Treasury.

The Serious Fraud Office (SFO) fights complex financial crime, delivers justice for victims and protects the UK’s global reputation as a safe place to do business. We investigate and prosecute the most serious or complex cases of fraud, bribery and corruption.

We also recover the proceeds of crime worldwide. Under Director Lisa Osofsky, through confiscation orders and fines and penalties, the SFO has recovered over £1 billion of illicit gains.

We have also secured convictions against 21 individuals and companies and secured eight agreements with companies including Serco, G4S and Airbus, compelling them to pay penalties and reform to prevent future law-breaking.