You are here: SFO > Statements > SFO statement on Petrofac charged with seven separate offences between 2011 and 2017 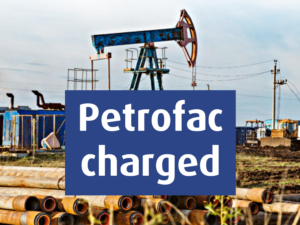 This post was updated on 28/09/2021 to reflect the adjournment of pleas and sentencing.

On Friday 24 September 2021, following requisition by the Serious Fraud Office (SFO), Petrofac Limited attended Westminster Magistrates’ Court where the company was charged with seven separate offences of failing to prevent bribery between 2011 and 2017.

Having been heard at Westminster Magistrates’ Court, the case was sent to the Crown Court, in line with the legal procedure for SFO cases into serious and complex financial crime.

The next hearing will take place on Monday 27 September 2021 at Southwark Crown Court, where pleas from the Defendant will be entered. Petrofac Limited has reported its intention to plead guilty, following a plea agreement it has entered into with the SFO.

On Monday 27 September, Southwark Crown Court adjourned the entering of pleas and sentencing to Friday, 1 October 2021.