This press release was amended on 28 January 2022 – As the investigation continues, the SFO is appealing to investors in the suspected fraudulent schemes to come forward and contact the case team by 21 February 2022.  Please visit the case information page. 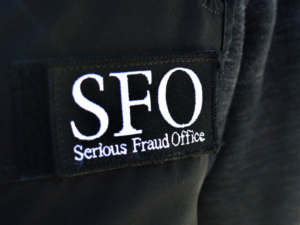 Earlier this morning, the Serious Fraud Office (SFO), supported by Surrey Police, arrested a suspect in connection with an ongoing investigation into the activities of the Raedex Consortium.

The SFO determined that the suspect could be preparing to leave the United Kingdom. The suspect has been taken to a local police station where they are being interviewed by SFO Officers.

This is the latest development in the SFO’s probe into suspected fraud at the Raedex Consortium, which includes the companies Buy2Let Cars, PayGo Cars and Raedex trading as Wheels4Sure and Rent2Own Cars, in the period 2012 to 2021.

The SFO is investigating car leasing schemes, where investors were given the chance to invest in cars which would be leased out. At the point the companies entered administration, over 800 people invested in excess of an estimated £70 million and stood to lose a significant amount.

Today’s arrest follows the SFO’s announcement of the investigation in April 2021, when investigators raided two properties, arrested one individual and conducted interviews of two suspects.

As the investigation continues, the SFO is appealing to investors in the suspected fraudulent schemes to come forward and contact the case team by 21 February 2022.  Please visit the case information page.

The SFO fights complex financial crime, delivers justice for victims and protects the UK’s global reputation as a safe place to do business. The SFO investigates and prosecutes the most serious or complex cases of fraud, bribery and corruption, while also recovering the proceeds of crime worldwide.