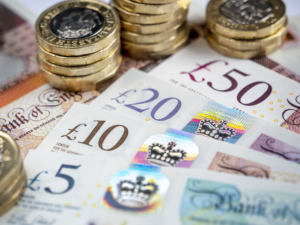 Following a successful investigation and conviction of four individuals for corruption at Unaoil, the Serious Fraud Office (SFO) has today recovered criminal gains of almost £100,000 from a former senior executive.

The full amount must now be paid into the public purse within 28 days.

Earlier this year, the SFO was praised by HM Crown Prosecution Service Inspectorate (HMCPSI) for its work to recover the proceeds of crime, with cases “handled proactively and efficiently by dedicated and skilled staff.”

This latest recovery means the SFO’s confiscation of illicit gains since 2017 stands at well over £1.2 billion. Other notable successes include the £1.2 million secured from the luxury West London property of corrupt Brazilian agent Julio Faerman and the £2 million recouped from the sale of two properties and a cache of jewellery linked to suspected Birmingham fraudster Nisar Afzal.

Commenting on today’s court order, Emma Luxton, Head of Proceeds of Crime and International Assistance at the SFO, said: “The SFO relentlessly pursues those who line their own pockets with illicit gains and we have a proud record of recovering funds for victims and for the UK taxpayer.”

Stephen Whiteley, a former territory manager for Unaoil, was found guilty in July 2020 of paying over $500,000 in bribes to win a $55 million contract for Unaoil to supply oil infrastructure in Iraq. The SFO secured the convictions against Whiteley and three other senior oil executives in an investigation which uncovered schemes to pay a total of $17 million in bribes to win $1.7 billion in contracts for Unaoil in Iraq.

In October 2021, the SFO announced that Petrofac Limited had been ordered to pay £77 million after it admitted failing to prevent senior executives at Petrofac from systematically paying £32 million in bribes to win over £2.6 billion in oil and gas contracts in the Middle East. It was the third set of convictions in the case after David Lufkin, former Head of Sales at Petrofac, pleaded guilty to 11 counts of bribery in 2019 and 3 counts of bribery in 2021. The SFO’s Petrofac investigation originated from its investigation into Unaoil.

The SFO’s Proceeds of Crime Division continues to investigate the criminal gains of the convicted Unaoil executives.