The SFO’s investigation showed how Saghir Afzal and his brother, Nisar Afzal, who fled to Pakistan before charges could be brought, defrauded a number of mortgage advisors into providing mortgages totalling £49,287,000 for properties worth only £5,688,125. They did this by recruiting a dishonest surveyor, Ian McGarry, to produce false valuations based on fictitious leases.

The way the fraud worked was similar in each case. A company controlled by the Afzal brothers bought a property, usually an old industrial building in a dilapidated state, from a genuine seller. The property was then bought and sold a number of times over a short period of time, each time for an apparently higher price. The only money that the Afzals paid out was for the initial purchase. This meant that when the final purchase of each property was completed the Afzals obtained a huge “profit” by virtue of receiving the fraudulent mortgage loans. After making one or two early mortgage payments, the companies controlled by the Afzals stopped paying the mortgage and the Afzals disappeared with all the money. This left the lenders to try to recover their losses by selling the properties following repossession. It was then that the lenders discovered that the properties were worth only a fraction of what they had lent, in some cases as little as 10% of the monies advanced.

McGarry accepted bribes from the Afzal brothers totalling over £1 million, including lavish overseas holidays in Dubai, an Aston Martin car, cash in brown paper envelops and the purchase of three properties in London.  In return he prepared inflated valuations for each property which the lenders relied on when advancing the mortgages. In one instance McGarry valued a property at £19 million that had been purchased for just £1 million.  This represents an overvaluation of 1800%.  In another instance, McGarry produced three difference valuations of the same property, on the same day, for three separate financial institutions.

More information on the Birmingham Mortgage Fraud case can be found here.

In September 2020, the SFO used a listed asset order to recover £500,000 worth of jewellery from Shabana Kausar, on the basis that the jewellery was purchased either by Nisar Afzal or with the proceeds of his offending. Ms Kausar is the former partner of career criminal Nisar Afzal, but is judicially separated from him. The £500,000 worth of jewellery was originally seized by the SFO from Shabana Kausar’s safe deposit box in September 2015 and the forfeiture order was secured with her consent. 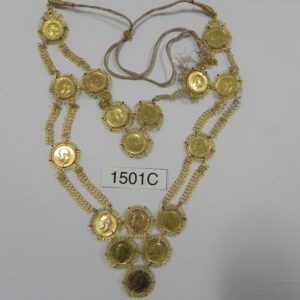 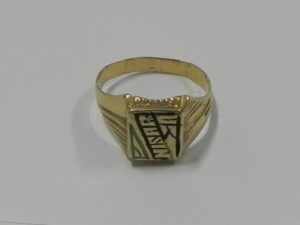 A listed asset order is a new tool which allows law enforcement to seize, detain and subsequently forfeit ‘listed assets’ which are believed to represent the proceeds of crime or intended to be used for criminal purposes. Listed assets can be precious metals and stones, watches, artworks, face-value vouchers or postage stamps.

This followed the SFO’s use of an account freezing and forfeiture order to seize, in March 2019, £1.52 million from the sale of two Birmingham properties bought by Nisar Afzal with the proceeds of his crimes. The seizure was one of the largest of its kind in the UK and represented the SFO’s first use of an account freezing order, another new tool introduced in the Criminal Finances Act 2017. The SFO also made use of existing cash forfeiture powers to recover in excess of £167,000 from the Afzals and their associates.

In June 2021, the SFO concluded all investigations into the matter.