On 22 October 2019, the SFO and Güralp Systems Ltd finalised a Deferred Prosecution Agreement, under which Güralp Systems Ltd accepts the charges of conspiracy to make corrupt payments and failure to prevent bribery and agrees to pay a total of £2,069,861. 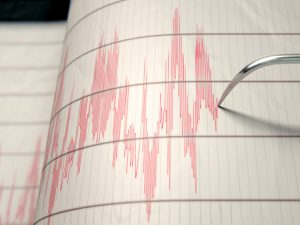 A closeup of a seismograph machine needle.

Dr Cansun Güralp and Andrew Bell, both formerly employed by Güralp Systems, appeared at Westminster Magistrates’ Court on Monday, 20th August 2018 following charge by requisition with conspiracy to make corrupt payments contrary to the Prevention of Corruption Act 1906 and the Criminal Law Act 1977.

A further co-conspirator, Natalie Pearce, also a former employee of Güralp Systems, was charged by requisition with the same offence and appeared at Westminster Magistrates’ Court on 28th September 2018.

The SFO alleged that three individuals conspired to corruptly make payments to a public official and employee of the Korea Institute of Geoscience and Mineral Resources (KIGAM).

The trial of Güralp, Bell and Pearce began at Southwark Crown Court on 14 October. On 18 December 2019, Andrew Bell was acquitted and on 20 December 2019, Dr Cansun Güralp and Natalie Pearce were also found not guilty by the jury.